Mistakes That Can Destroy Family Relationship 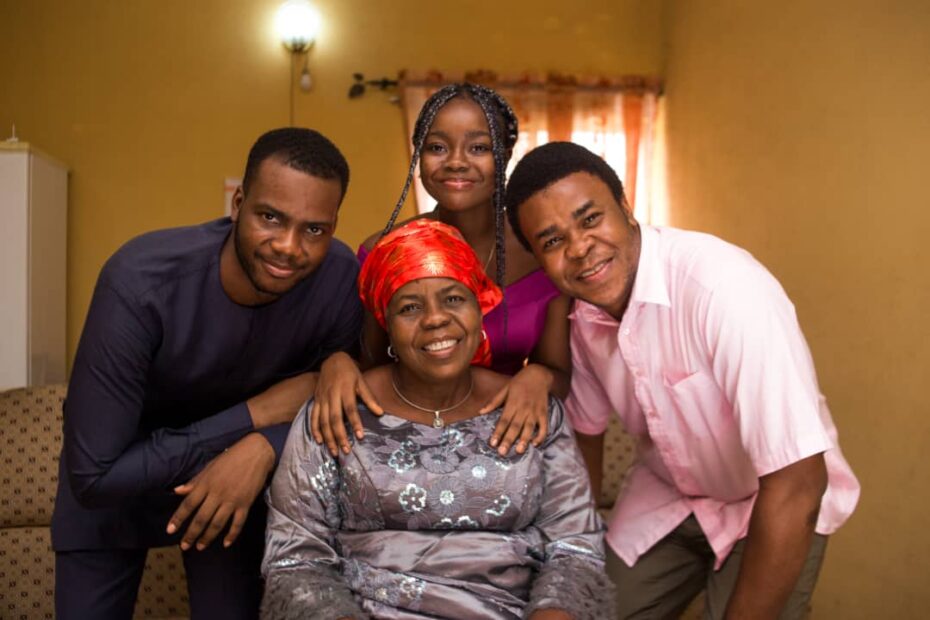 From my perspective, I feel the family should be a person’s first source of love, acceptance, and support. Unfortunately, many families are failing miserably as the people within the family do things to undercut family unity. Understanding the problem is the first step in finding a solution.

Here are things that can destroy family relationships:

Words carry weights. In some cases, they can carry the weight of the world. When unkind words are said to a family member, they hurt. Your family is supposed to be your source of encouragement and support. Negative words damage the core of family relationships. Some family members may say things off the cuff and think that because these things were said casually, they don’t hurt the other person. The truth is that such words hurt, however they are said. When negative words are spoken to family members it creates a chasm in the relationship. It takes time and positive interactions to repair the harm that is done when insults, criticisms, and jabs take place.

When there is an outpouring of these negative words to a family member the chasm can grow so great that it can almost seem beyond repair. Any relationship can be resolved with apologies and forgiveness, but the hurt can still remain long after words are exchanged. Be careful with your words. Remind yourself that as a family you are there to be one another’s greatest supporters in life. Tearing others in the family down with words is destructive to the family unit. Keep the old adage in mind when speaking to your family “if you don’t have something nice to say, don’t say anything at all”.

If there are people in your family who have problems with words, then set the example and set it strong. Use words that encourage and uplift family members. Doing so makes you a person that others want to be around. People don’t want to be around people who make them feel bad. They want to be around those who make them feel good about themselves. Help your family by looking for the positive in each and every person, so that you can set the example of using words that uplift fellow family members.

Gossip is very damaging. Most often gossip occurs when someone is upset by something related to the person they are gossiping about. It may make a person feel better temporarily, but in the end, it does not solve the problem as the gossip itself is certainly not done out of kindness or love. If you have a problem or issue with someone in the family then go to them directly. You don’t need to announce your issue in front of the whole family. Some people do this to force family members to choose sides in a situation.

When sides are taken, there is a divide in the family. Instead, go to that person privately with whom you have a problem. Discuss the issues, but do so with the goal of reconciliation. Doing so with hardness in your heart or wanting to attribute blame won’t solve the problem.

Voice your concerns in a manner that helps them see things from your perspective. That way they may better want to heal the relationship and rectify any wrongs. Don’t talk badly about family members behind their back. If they have some drama in their life and it has nothing to do with you, then don’t spread their stories around. Tell yourself “not my monkeys, not my circus.”

The inclusion of family members is essential to family unity. Include all family members at family functions. Even if you “know” they are going to say no. Ask anyway. The hard feelings come because of failure to ask and failure to include. It is up to them whether they attend whatever function or trip you are inviting them to, but the most important part is that they are asked. If your goal is family unity and love among all members, then include all members in family gatherings and functions. Don’t find excuses to not include, as that is wrong and will create hard feelings.

Deception in a family is destructive. The truth always prevails. Sometimes it may take years or even a generation for the lies and deceit to become known, but know that they will come to light someday. If you can’t be honest with your family, who can you be honest with?

Lying to family or using deception to keep secrets leads to brokenness in a family. This brokenness comes from trust being corroded. The bigger the lie, the bigger the corrosion. Some lies, such as secret children born from an affair, can create insurmountable corrosion that will leave a family damaged for generations.

Your actions have consequences. Not just to you, but to your extended family for generations to come. It is much better to admit your wrongdoings and work toward healing than to lie and work to carry that lie around indefinitely (or until you are found out). Don’t burden yourself with lies. Be open and honest with your family. If you have done something that is hurtful to family members, then you need to apologize and make an effort to rectify the situation for the sake of family unity. Trying to hide the truth only compounds the hurt. The longer the truth is hidden, the more compounded the hurt.

Children who grow up in the same home with the same parents, same discipline and the same guidance do not turn out to be the same exact adults as their siblings. We all have differences. Allow others to be different. Just because you are family doesn’t mean you have to share the same political views or even the same religious views.

People will grow up and have different parenting styles and lifestyle choices, but it is not the job of family members to judge. Love and acceptance start in the family. If a family is not providing this to one another, then they are fundamentally failing as a family.

If you choose to put a foothold in the differences and create family strife because of differences, then the extended family unit is ultimately damaged. Accept people for who they are and for where they are in life. Acceptance of a person for who they are is the ultimate form of love.

No Apologies and No Forgiveness

Apologies and forgiveness are the glue that keeps a family together. Nobody is perfect. At some point in time, you will hurt a member of the family. It is up to you to say the words “I am sorry for…”. Those words can heal wounds and create a stronger family bond. When you apologize to a family member, the message you are sending to the person is that they matter and that you don’t want ill feelings between you and them.

Not apologizing, is sending the message that the person does not matter or that their feelings don’t matter. Failure to apologize is a personality flaw and a weakness of character. Be the bigger person and apologize when you do something wrong against a family member, whether your words or actions that hurt the person were intentional or not does not matter. What matters is that the apology takes place. You can explain intentions, but you can’t make someone unfeel being wronged.

When someone apologizes, be a gracious forgiver. Families need one another. Don’t hold grudges, as that is a burden to you and it harms the family. Forgive and show your forgiveness with your actions as well as your words. This means that if you forgot to invite a family member to a birthday celebration, then ask for their forgiveness and offer to do something to make it up to the family member like taking him or her to lunch. Actions speak louder than words, so make your apology count by making your actions parallel a heartfelt apology.

5 thoughts on “Mistakes That Can Destroy Family Relationship”